The standard treatment of SIBO is a non-absorbable antibiotic – Rifaximin for patients with Diarrhea. Rifaximin is paired with another antibiotic – Neomycin for patients with Constipation. The treatment, if able to resolve SIBO as measured by a standardized breath test is shown to have significant improvements in IBS symptoms. The problem is that these antibiotics work only 35% of the time (8). To make matters worse, SIBO comes back 44% of the time with aggravated symptoms nine months after antibiotic therapy (9).

The microbes involved in pathogenesis of SIBO are primarily gram-negative bacteria including but not limited to E. Coli, Klebsiella Pneumoniae, Actinomycetes, and Citrobacter spp. (1). In addition, methanogenic archaea are implicated for SIBO associated with constipation. The current portfolio of antibiotics has a poor efficacy for eliminating these bacteria.

The current clinical pipeline for SIBO treatment is severely depleted due to lack of economic attractiveness, and inherent challenges in eliminating gram-negative pathogens. Therefore, a target product profile is proposed below to bring all the key stakeholders together and develop a new non-absorbable and non-systemic oral antibiotic for SIBO.

Want to join the discussion?
Feel free to contribute!

The Missing Piece Towards Improving And Standardizing SIBO Breath Tests 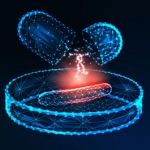 The Future of Anti-Microbials For SIBO – A Discussion With Dr. Bryan ...
Scroll to top